On May 20, 2013, RTD introduced northern California’s first 100% battery-electric buses into service in Stockton.

In partnership with Proterra Inc, RTD was awarded a California Energy Commission (CEC) grant in June 2012 in the amount of $2.56 million towards an electric bus demonstration project valued at over $4 million. This demonstration project will introduce RTD’s first fully-electric buses into service. RTD will be the second transit agency in California and the fourth in the nation to operate these battery-electric buses.

Not only does this project support the CEC Electric Drive Strategic Plan administered by CALSTART and is funded through Assembly Bill 118, but it also supports RTD’s Strategic Plan by reducing energy consumption, waste, and pollution, while fostering vendor innovation and new technologies.

Made in the United States by Proterra, these buses:

Zero-emissions technology:  One of the many ways in which RTD is working to improve our our community and environment. 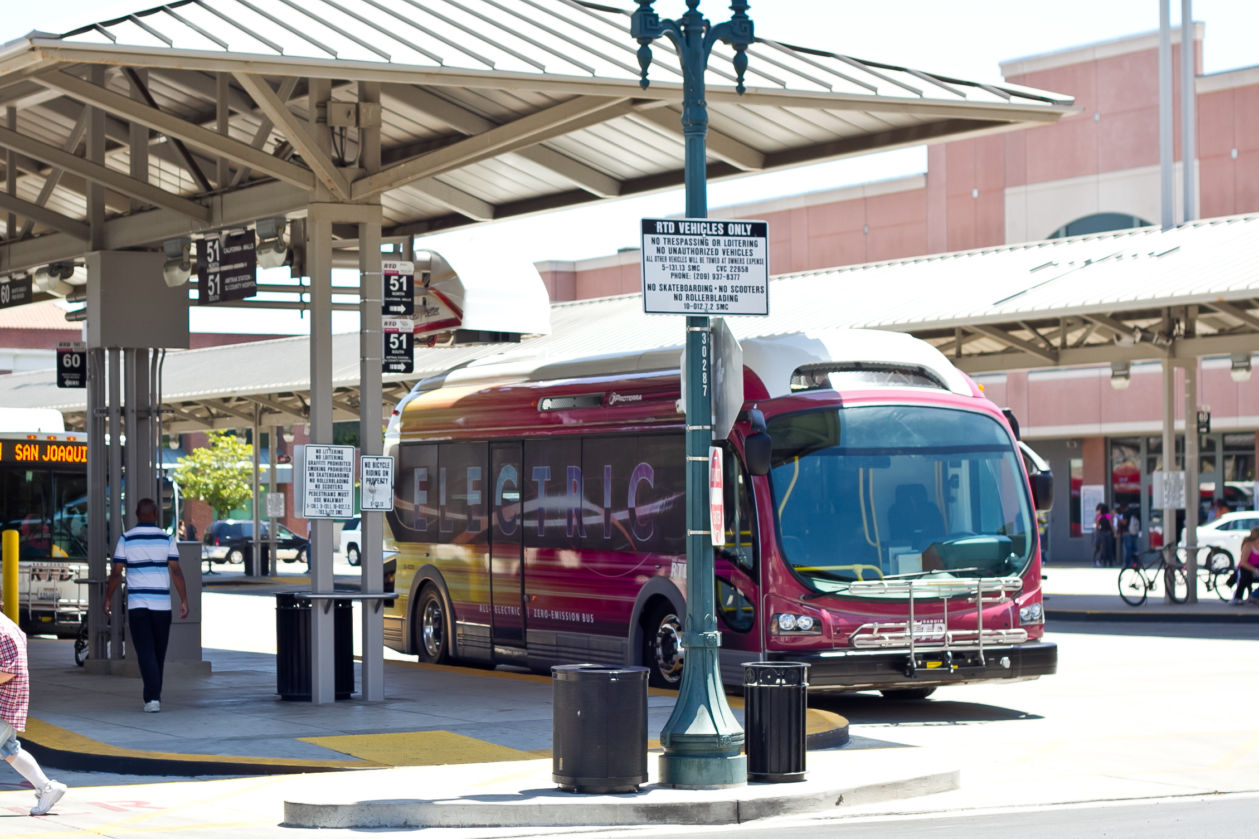 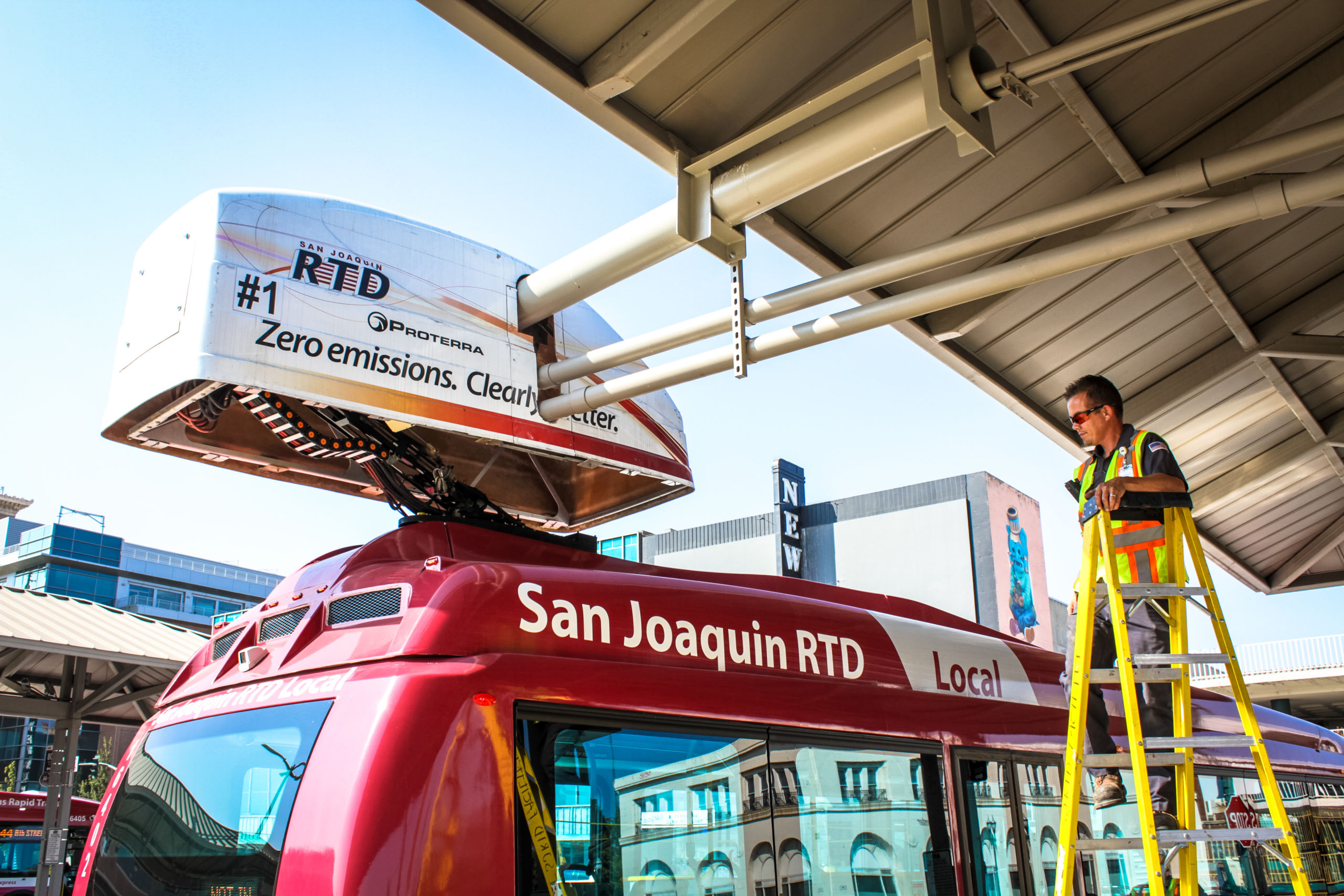 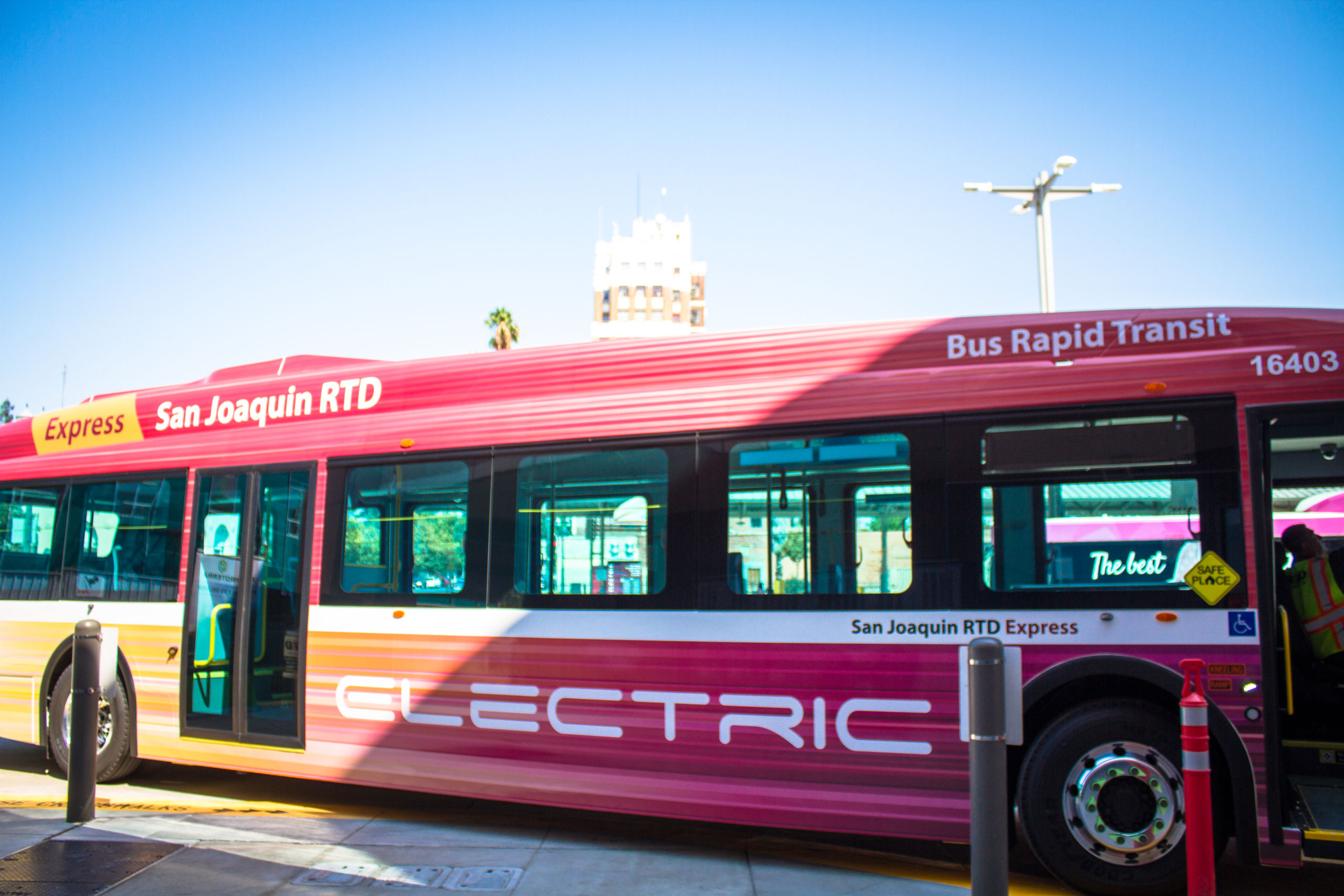