RTD has been proactive in adopting technology that improves the quality of our community. It is because of RTD’s ongoing commitment to our region and its unique environment that RTD is replacing its current fleet with hybrid buses.

Hybrid technology uses less fuel and significantly minimizes air emissions, which in turn reduces the environmental impact to our land and water.

Bus Rapid Transit is similar to light rail service in terms of frequency and convenience, but retains the flexibility of bus service while avoiding the costly infrastructure of rail. RTD’s Bus Rapid Transit service operates on El Dorado and Center Streets and Pacific Avenue, connecting the Downtown Transit Center and Hammer Lane.

To distinguish the new buses, RTD created a branding scheme that complements the buses’ design features, created to RTD’s specifications. Among the features, riders can enjoy are: wider doors, lower floors, and wheelchair ramps instead of lifts for quicker boarding; and quieter rides as a result of the hybrid drivetrain and regenerative braking.

Click HERE for more information on this exciting service from RTD! 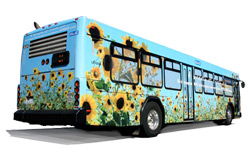 An eye-catching design popularly known as “the flower bus” was created to distinguish the new hybrid buses. 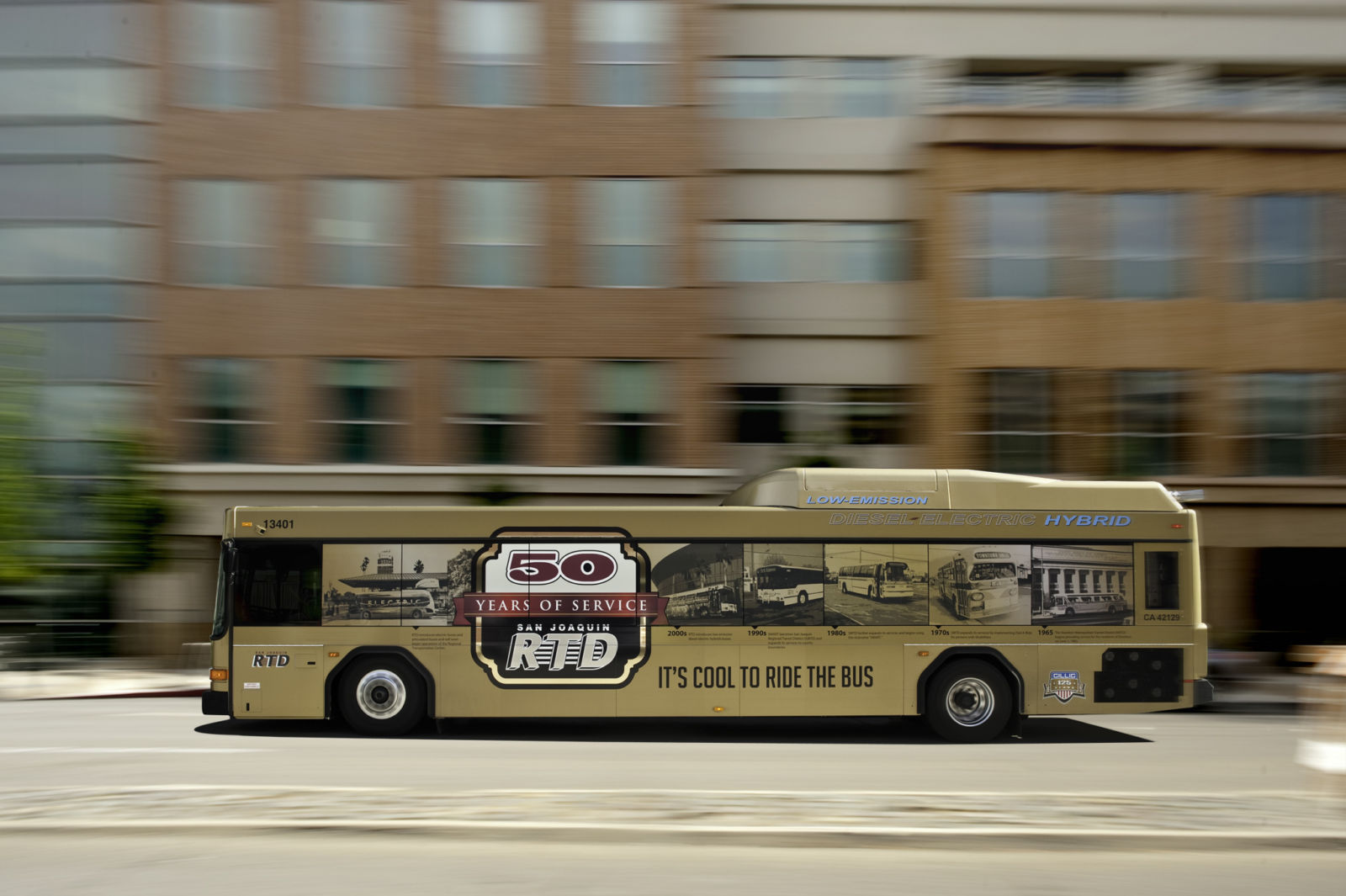 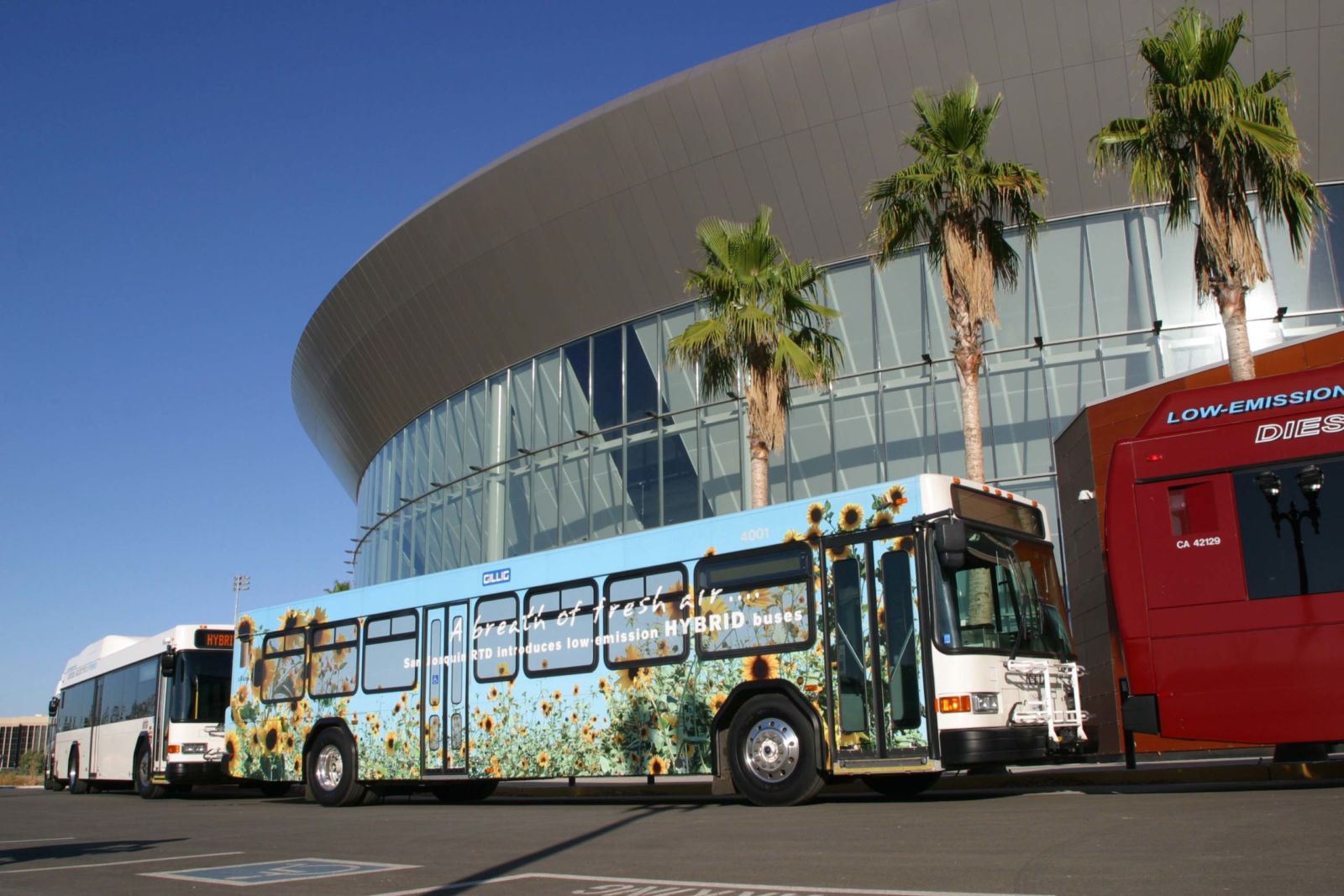 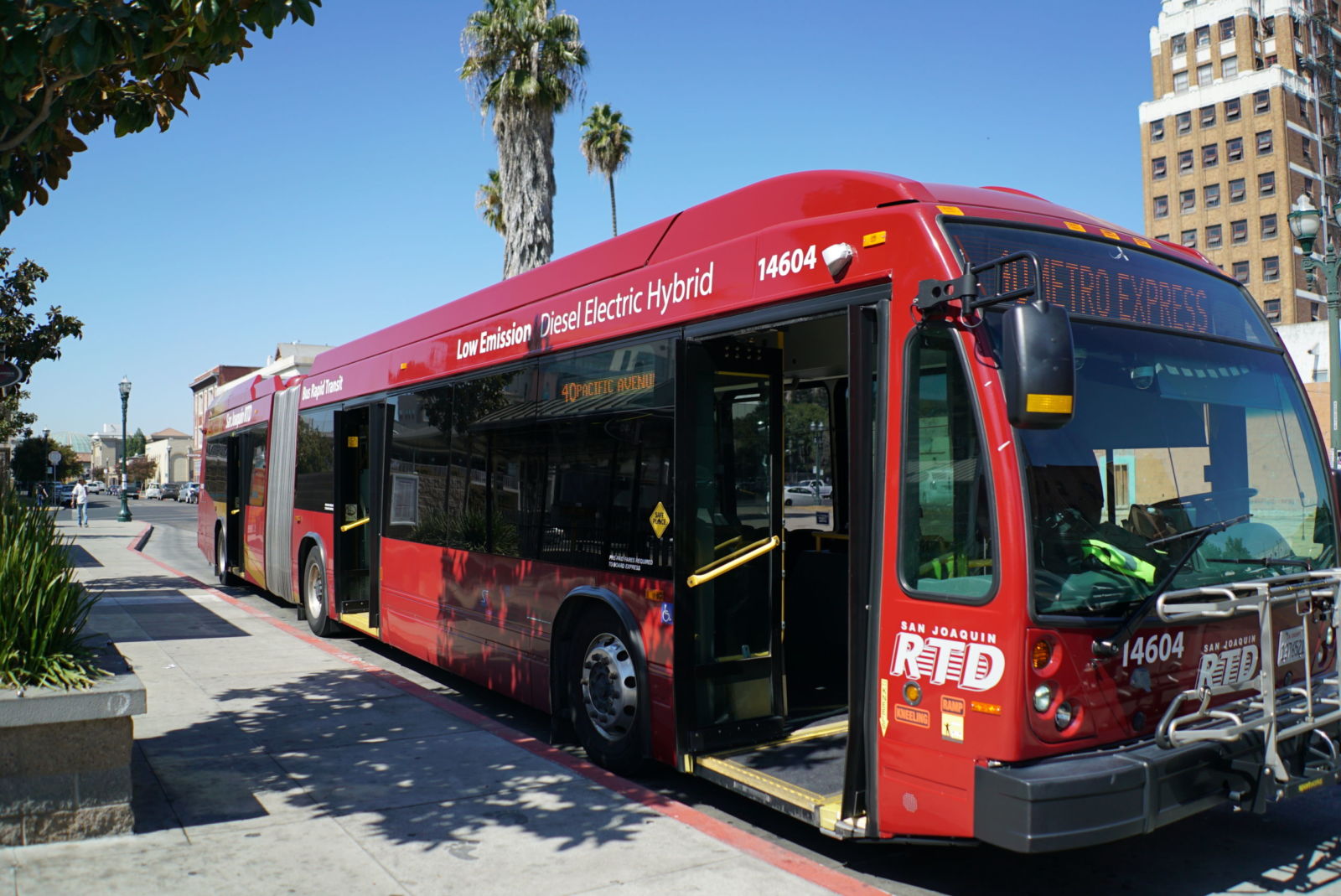 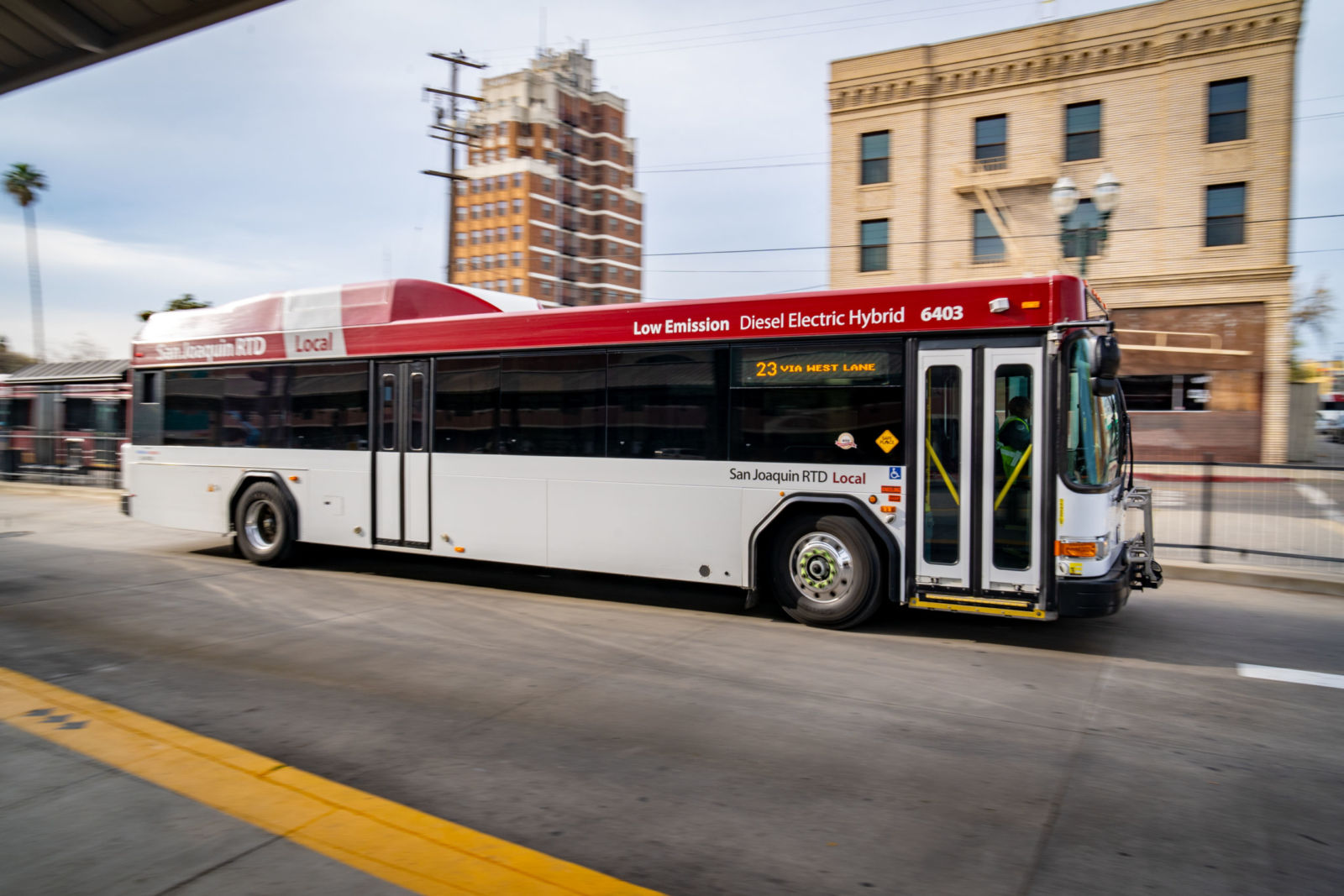 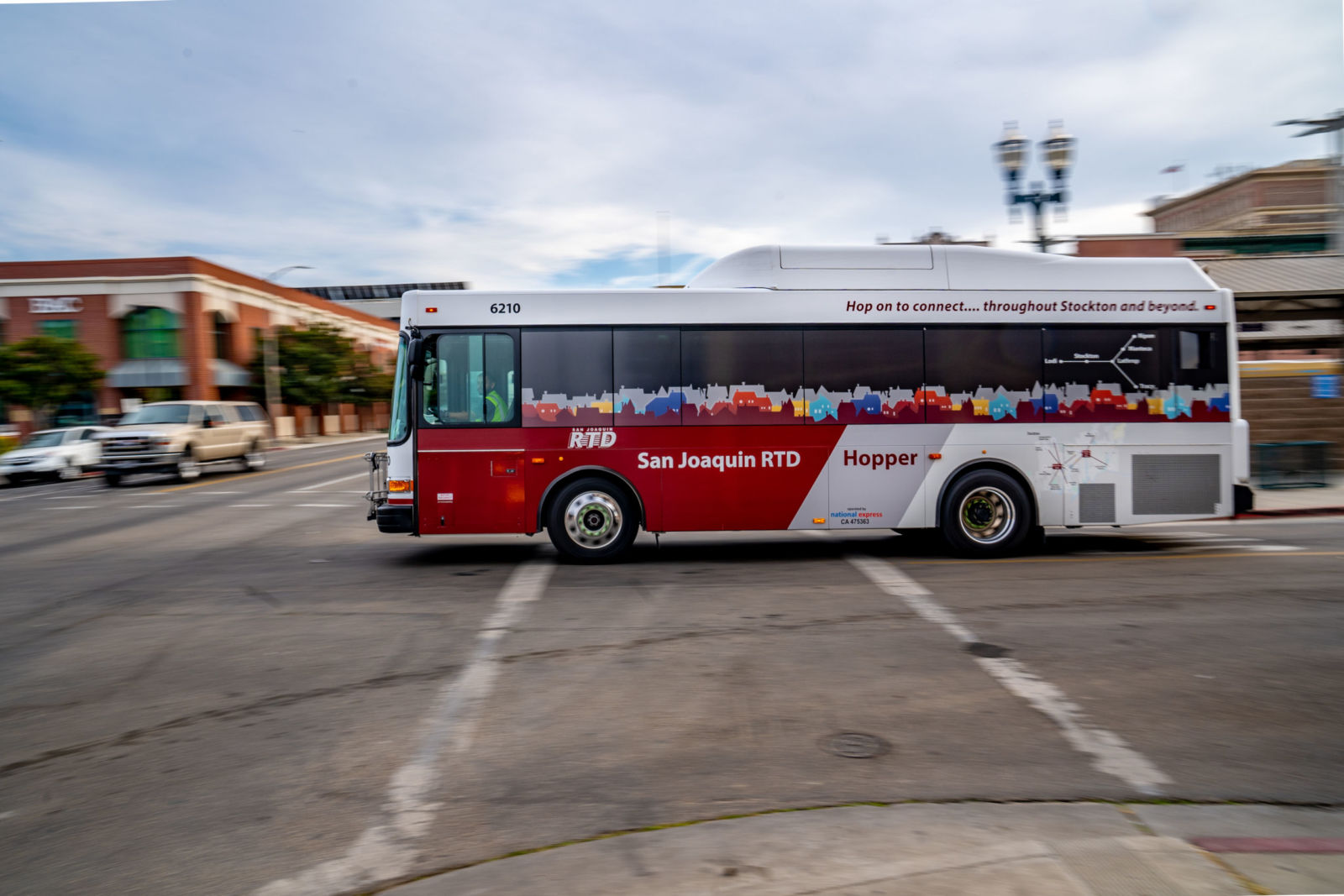